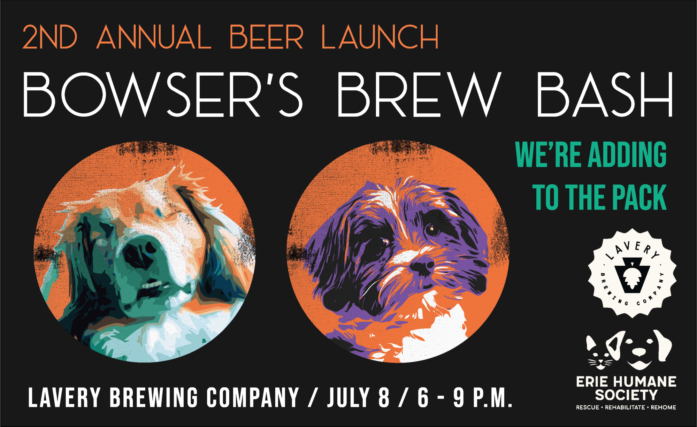 Join us as we “add to our pack” at Bowser’s Brew Bash—the Erie Humane Society’s second annual beer launch with Lavery Brewing Company.

Lavery will donate $1 to EHS for every pint of Jack’s Second Chance Sour or Bowser’s Blind Dog Brew purchased at the event. Pick up a Bowser or Jack t-shirt, enter to win an awesome beer prize package, and enjoy live music. Bowser and Jack will also be there to sign “pawtographs” and meet their adoring fans.

No tickets are necessary and admission is free.

T-shirts are available in adult unisex sizes, from Small to XXL.

Support Bowser's Brew Bash as a sponsor! Check out the sponsorship information below.

The Pups Behind the Brews

Bowser, a 10-year-old beagle/spaniel mix, was brought to the Erie Humane Society in November of 2019. His previous owner made the difficult decision to surrender him into our care, as she was no longer able to provide the care he needed.

Bowser was suffering from a painful eye condition that caused blindness. After consulting with our veterinarians, we made the tough decision to remove his eyes. Sadly, they were no longer useful to him and became a constant source of pain. The first few days after surgery were a little hard for him, but it didn't take long to get his groove back. Because he had been blind for some time, adjusting was not that challenging. He uses his other senses to navigate familiar places. It was apparent that his comfort level had greatly improved after surgery and was no longer in pain.

Bowser would still bump into things in unfamiliar spaces, but with a little guidance, he navigated his way around. With the help of our donor base, we purchased a Muffin's Halo harness to help him move around and it proved to be a very successful tool for him.

The only thing Bowser needed at this point was to find a loving family to call his own. Everyone who met Bowser instantly fell in love with him. He has such a sweet disposition, he's a happy boy who's always wearing a smile, and when you call his name, he reacts with the most adorable tilt of his head.

It's not hard to imagine why Bowser caught the eye of an Erie Humane Society Board Member at our annual Christmas photo event. She and her family decided to foster Bowser over the Christmas holiday so that he didn't have to spend Christmas alone at the shelter. It didn't take long for Bowser to completely capture their hearts, and he officially became a member of their family shortly after the new year. He's been living the dream ever since.

Bowser comes back to visit all his friends at the Erie Humane Society and makes frequent appearances at our events. He is very proud to represent the Erie Humane Society with this Blind Dog Brew, in collaboration with Lavery Brewing Company to raise much needed funds for other special needs pets that come to the shelter in need of advanced medical care.

Jack’s innocent little life almost ended before it even had a chance to begin. Jack was living in an unheated shed when he was removed from his mother and litter mates at 4 months old. Unlike his litter mates, Jack was not going to be sold. Rather, he was going to be discarded as he was born with medical defects and was thought to be blind—ultimately, deeming him “unprofitable” by the puppy mill. Jack often displays a blank stare and appears mentally dull. Birth defects such as these are the result of poor over-breeding that often happens in puppy mills. The Erie Humane Society stepped in to assist in Jack's rescue and provide him the medical care necessary for him to have a full life.

Upon arriving to the Erie Humane Society and after receiving lots of snuggles, a tiny, malnourished Jack began to perk up. We began to witness changes in Jack’s behavior throughout the course of that first day. Being showered with endless amounts of love allowed Jack to feel secure and when he began to feel more comfortable, we suspected that Jack was not blind.

While he would become alert, Jack would often slip into a lifeless state. After consulting with our veterinarian, it was determined that Jack likely has liver shunt, a condition in which his body does not purge toxins from his system.

As we awaited results from his bloodwork, Jack entered foster care with our Executive Director so his condition could be closely monitored. Our director began preparing fresh meals for him, allowing his body to absorb essential nutrients and easily process his food. Within days, we noticed a huge shift in Jack’s overall behavior and responsiveness. His labs did show signs of possible liver shunt, and we were referred to a specialist for consultation. Our director was advised to continue what she was doing with Jack’s nutrition because it was working.

Fast-forward three months later, Jack continues to thrive. While his updated lab work is not perfect, it has improved so much that the specialist consultation is not needed at this time. Thankfully for Jack, he was saved from a condition, that if left untreated, would have been fatal.

Over the past three months, he has been showered with love, and is enjoying life as any dog should. He has stolen the hearts of his foster family. There is no doubt that Jack has landed exactly where he needs to be and will eventually become a permanent member of the household. 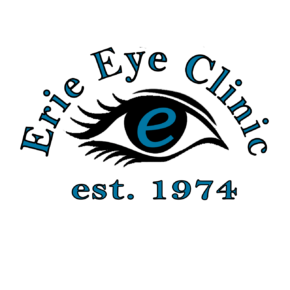 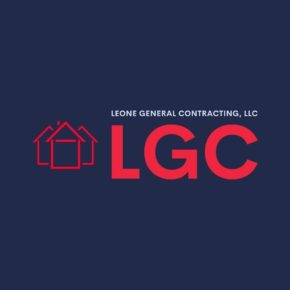