5 Things I Wish I Would’ve Known Before Fostering 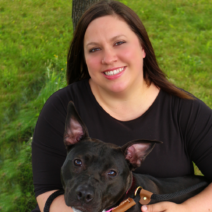 Written and contributed by Ryan Hughes

Anyone who has fostered understands that it’s a huge responsibility. Going into it, I was well aware, but I couldn’t have been prepared for what happened. Here’s what I wish I knew:

"For anyone who has thought about fostering for the first time, take the plunge and do it...fostering touches the heart in a way that is hard to come by elsewhere."

-Ryan Hughes on being a first-time foster

For anyone who’s considered fostering, Spring is when the need is highest. Many pets give birth around this time of year, bringing new additions to shelters, which may have limited resources to support them. It’s important to foster; it ensures that shelters can give attention to all the animals who need it, and it makes sure that pets are socialized and well-prepared for their forever families.

When we went to pick up the puppies, they were only a few weeks old. Upon meeting the mother, a gorgeous sweetie named Darcy, we were surprised at just how many babies she had. We counted eleven little hamster-sized fuzzballs laying in a blanket-lined plastic kiddie pool that was housed in one of the offices.

When we started out, we weren’t expecting things to go haywire; until they did. When puppies and kittens are that young, they’re very vulnerable, and it’s easy for things to “go south” quickly. Eleven puppies would be difficult for any mother to take care of, and Darcy got a little overwhelmed. After only a few days, we ended up having to separate the puppies and have other foster families take some. We kept and fostered three of them: Harper, Hemingway, and Margaret.

Darcy’s job was integral. Not only did she make sure all the pups were fed and healthy, but newborn puppies aren’t able to go to the bathroom by themselves; the mother has to induce it. Trying to mimic the care and nurturing that a mother shows to her pups is difficult and exhausting. We started off having to bottle feed and relieved the puppies every few hours, even through the night. I can only imagine how much more difficult it would have been if the Humane Society hadn’t been able to find fosters for the rest of the puppies.

3. You will want to spoil them.

Watching puppies grow is a magical thing. We had to quarantine them from our other animals until they received their vaccinations, so they were kept in a separate room, but they slowly began developing their own personalities.

Margaret was by far the scrappiest, and loved to play rough and tumble.

Harper was the sweetest and greeted us every morning with kisses. She loved to be the first to grab toys and play keep-away and tug.

Hemingway was the first to see, and the first to bark, learning how to do both at once as he caught sight of himself in the mirror and letting out a little yip (as he grew, it turned into a gruff grunt).

It was still a challenge, of course. They soon transitioned to eating wet food, and slopping it all over their faces in the process. We snuggled with them every day, gave them baths, and watched as they slowly learned to crawl, then stumble, then walk, then play. They became our own babies, and almost everything they did made our hearts flip.

We formed strong connections with these three little guys, and we didn’t want to bring them back, but we knew that time was fast approaching. To prepare them for their new families, we held a puppy photo shoot in our backyard and built care packages for all of them, complete with collars, harnesses, leashes, toys, treats, and heartfelt letters to their new homes, telling each of them all about the puppies’ lives and personalities thus far, so their new families could pick up where we left off.

I think we knew from the start that it would be difficult to let them all go. We had become very close to them, even teaching them to sit for a treat at only six weeks old. As we dropped them off at the Humane Society, it was with sadness, but also hope that they would find happy families.

We became failed fosters. “Failed” meaning that we weren’t able to give them up entirely. A few days after dropping her off, we determined that we weren’t fully capable of saying goodbye. You see, we had developed a special bond with one of the puppies after she suffered an injury and had to be rushed to the animal hospital in the middle of the night. Harper’s personality was slow to develop, but she quickly won our hearts over, so we went back to the Humane Society a few days later, and adopted her.

If we could have kept all of them, we would have, but Hemingway had already found a forever home, and Margaret was scrappy enough to be a perfect pet for whichever family adopted her. We’re thankful to know that all of the puppies ended up finding forever homes very quickly, and Harper’s is with us. 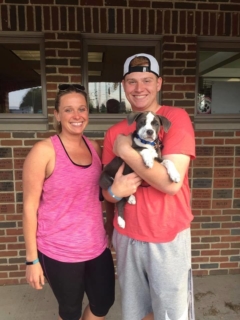 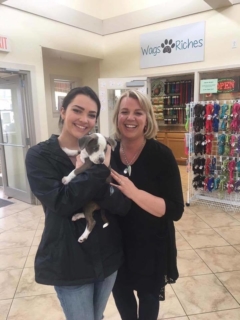 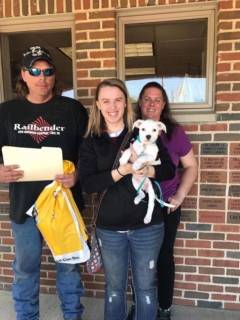 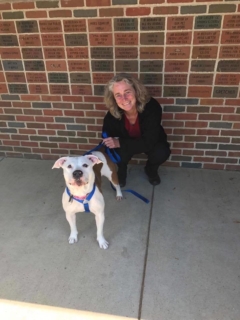 Even though it was difficult to let them go, fostering was one of the most rewarding experiences we’d ever had. We didn’t expect to build such a bond with these animals in such a short amount of time, but we’re glad we did—fostering has enriched our lives, and showed us how precious these animals are, and that they deserve our protection and unconditional love.

We want to continue fostering…but maybe not eleven puppies at once.

We are immensely grateful to the Erie Humane Society for being with us every step of the way. Anytime we had a problem or a question, they were just a phone call away, even after hours. They provided us with the supplies we needed to take great care of our babies--though we did buy a few extra toys and treats just to let the pups know how special they were.

For anyone who has thought about fostering for the first time, take the plunge and do it. It will enhance your life and fill your heart. With fostering, there are surprises that can be present every step of the way, but if you have the will to embrace and care for your foster pets through anything, you’ll find that fostering touches the heart in a way that is hard to come by elsewhere.

Not only did Ryan and Shannon selflessly give of themselves as fosters for our shelter, Ryan is also volunteering his time as a guest blogger.

As if we needed anymore proof to the huge hearts that Ryan and Shannon have, we are thrilled to share that they, along with Harper, recently decided to open their hearts and home to another Erie HS Shelter dog, Emmett. We wish them all the best as they embark on this new journey as a family of 4.